“Wait, what actually is DevOps?”.

If only I had a dime for every time someone asked me this. For many, the term DevOps comes loaded with misconceptions and myths. Today, we’re going to look at some of the common myths that surround the term so that you have a better understanding of what it is. Armed with this knowledge, you’ll understand why you need it and be able to explain it clearly. And you’ll be equipped to share its ideas with colleagues or your boss. 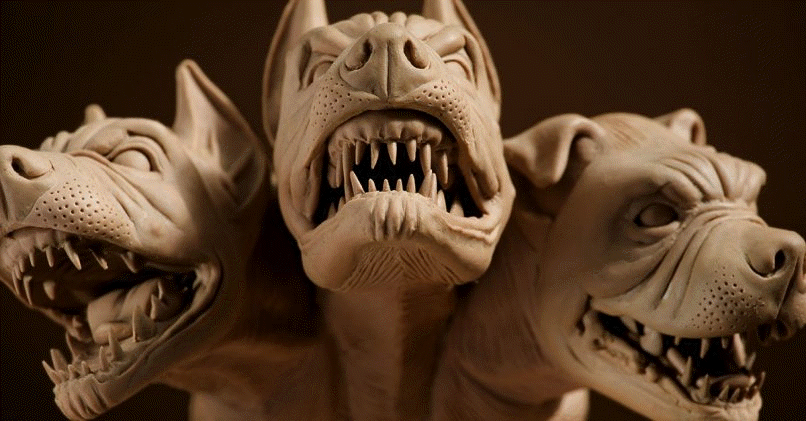 So, What Is DevOps?

Before we go through the myths of DevOps, we’ll need to define what DevOps actually is. Put simply, DevOps is the commitment to aligning both development and operations toward a common set of goals. Usually, for a DevOps organization, that goal is to have early and continuous software delivery.

The Three Ways of DevOps

We’ll get to that in just a moment. But before we explain the myths, let’s build on our definition of DevOps by looking at “the three ways” of DevOps: flow, feedback, and continual learning.

The three ways are abstract, that I’ll concede. But it’s the process of converting these abstract ideas into concepts and tools that have created confusion en mass throughout the industry.

So, without further ado, let’s do some myth busting!

Myth 1: DevOps Is a Role

As we covered in the introduction, DevOps is the commitment to collaboration across our development and operations. Based on this definition, it’s fundamentally impossible for DevOps to be a role. We can champion DevOps and we can even teach DevOps practices, but we can’t be DevOps.

Simply hiring people into a position called “DevOps” doesn’t strictly ensure we practice DevOps. Given the wrong organizational constraints, setup, and working practice, your newly hired “DevOps” person will quickly start to look like a traditional operations team member that has conflicting goals with development. A wolf in sheep’s clothing! DevOps is something you do, not something you are.

DevOps is not a role.

For me, this is easily the most frustrating myth.

If you’ve ever opened up the AWS console, you know what it feels like to be overwhelmed by tooling. I’ve worked on cloud software for years, and I still find myself thinking, “Why are there 400 AWS services? What do all of these mean?” If tooling is often abhorrent for me, it’s definitely hard for non-technical people.

Why do I find this myth so frustrating? Well, not only is describing DevOps through tooling incorrect; it’s also the fastest way to put a non-technical stakeholder to sleep. And if we care at all about implementing DevOps ideas into our work, we desperately need to be able to communicate with these non-technical people on their terms and in their language. Defining DevOps by cryptic-sounding tooling creates barriers for our communication.

Tools are what we use to implement DevOps. We have infrastructure-as-code tools that help us spin up new virtual machines in the cloud, and we have testing tools to check the speed of our apps. The list goes on. Ever heard the phrase “all the gear and no idea”? Defining DevOps by tooling is to do precisely this. Owning lots of hammers doesn’t make you a DIY expert—fixing lots of things makes you a DIY expert! DevOps companies use tooling, but…

DevOps is not tooling.

DevOps comes with a lot of scary, often implausible sounding practices. When I tell people that I much prefer trunk-based development to branch models, they usually recoil in disgust. “You do what?” they exclaim, acting as if I just popped them square in the jaw. “Everyone pushes changes to master every day? Are you crazy?” they say.

No, I’m definitely not. The proof is in the pudding. When you have a solid testing and deployment pipeline that catches defects well, having every developer commit to the same branch every single day makes a lot of sense. Don’t believe me? Google does it with thousands of engineers.

Many believe that these more radical approaches don’t work in a regulated environment or in scaled environments, like finance. But the evidence is abundantly clear. Applications that are built with agility in mind (meaning it’s easy and fast to make changes) are less risky than their infrequently delivered counterparts.

Yes, it might feel safer to have security checkpoints and to have someone rifle through 100,000 lines of code written over six months. But security checkpoints are little more than theater. They make us feel safe without really making things that much safer. What does reduce security risk is automating your testing process, making small changes, putting them in production frequently, and applying liberal monitoring and observability.

DevOps works in every environment.

Implementing DevOps doesn’t mean you need to go fire your system admins and operations staff. In fact, on the contrary, you need their knowledge. Knowing absolutely everything about development and operations is almost impossible. So, you’ll need people who have different specialties and interests.

Rather than fire our operations teams, we need to make sure their goals are aligned with the development teams’ goals. Everyone simultaneously should be driving toward faster delivery of high-quality software. A good waiter has tasted the food on the menu, but all waiters don’t need to be chefs.

So, there you have it. The top four myths about DevOps—busted. Hopefully, this clears things up a little and you now know what DevOps is and isn’t. It’s principally a set of beliefs and practices first, with tooling, roles, and teams being secondary.

Every company can and should incorporate ideas of DevOps into their business. It will lead to happier engineers and happier customers.

This post was written by Lou Bichard. Lou is a JavaScript full stack engineer with a passion for culture, approach, and delivery. He believes the best products emerge from high performing teams and practices. Lou is a fan and advocate of old-school lean and systems thinking, XP, continuous delivery, and DevOps.